Cassper Nyovest has finally released his latest album “Any Minute Now’” on September 11th and the album is already making waves around the world.

The album has reached number one on Apple Music Qatar’s chart and Cassper responded to the love expressing his shock of his influence reaching as far as Western Asian countries and we can agree that this is indeed a historical moment once again made by Mufasa in just 24 hours.

Even though many where quick to point out that Qatar and Dubai are two different places, they did however congratulate the award winning rapper for his achievement. 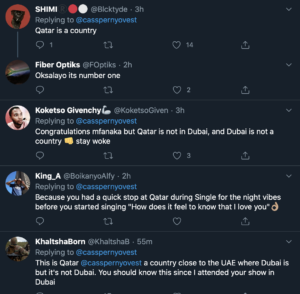 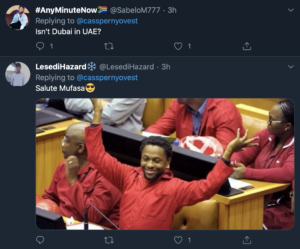