Big Zulu still has everybody doing the #DuduzaneChallenege on social media even weeks after the hit single ‘Imali Eningi’ came out and by the looks of it, the song isn’t about to stop making major waves any time soon.

Big Zulu’s ‘Imali Eningi’ has now reached 3 million views on YouTube after three weeks of release and the rapper has no words to describe his gratitude. The Nkabi nation has been hard at work helping the rapper rack up the numbers and it has managed to generate 1 million vews each week since its release. 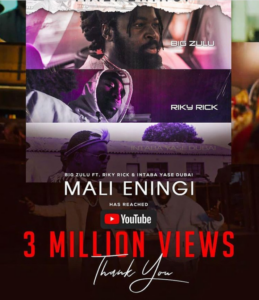